It’s easy to attempt to get over things that you claim. When you at least know what you’re up against and are working towards a solution it’s easy to lay an offense to the side. It’s much harder when you don’t feel heard or haven’t addressed a situation it becomes harder to deal. Getting over things is a personal journey. One of which someone can give suggestions on how but they can’t make you move past your hang ups.

The level of offense is how great getting over it will become. Other times when you have people who surround you that egg you on will make the offense deeper. Having people bring up the issue often especially if you feel you have been wronged doesn’t aid in the healing process. Therefore, you must choose the people around you. Being the person who continues to get things going is not good either. Don’t be the person who isn’t the friend who says, “hey how can I help you get better?!” Just being there to listen when someone is upset is one thing but after awhile can you aid in their healing should be next.

Offenses are going to come. You can get mad as I find myself in when someone cuts you off in the car. However, taking that anger and frustration to work and sharing that with your co-workers now becomes a choice. This is when getting over something proves to be situational. Some people can bounce back after a few moments and others carry that sting all day. Dealing with things head on doesn’t always allow healing. Healing is not a I’m okay and move on. If you listen to people when they  speak, they can tell you whether you are healed. If you talk about the same things  repeatedly most likely you aren’t healed. For those who say I am bringing up because its relevant, listen to the relevancy of what is going on. Did you really have to bring up the same example and when you did how many times did you talk about how you got over it to help another listener. 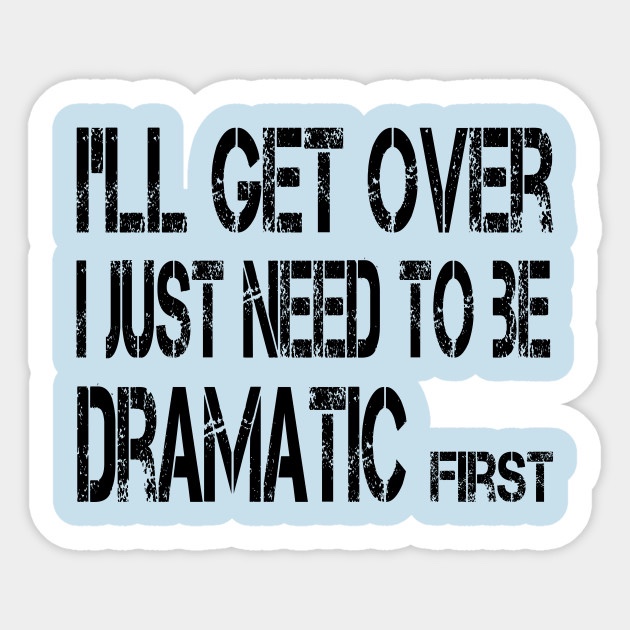 If you  can’t  confidentiality say that your healing helped than it could be a revelation that you aren’t as healed over a thing like you think. Let me give you an example. I had a situation with a person. When it happened, I spoke about it because I was mad. I was more furious. When I was at home my husband who was there when it happened, and I made the agreement to find ways to heal. For me it was therapy. After therapy we made the pact that we wouldn’t bring up the situation again and outside of someone outside of our home asking I never spoke the people’s names. It was easy for me to develop a healing plan because my husband  wasn’t going to sit around and hear the story  repeatedly without helping me to deal with it. He was clear in his intentions to help me and it worked.

Who is in your corner?

We need people to help us sometimes. Even though inner healing is a personal work, having those in our corner who can see when we can’t and speak words of affirmation is key and its also about having the right folk in your corner. I have been in situations where I have heard the same repetitiveness of the same story because often the person wasn’t healed and even if I wanted to or interjected some form of healing words the receiver wasn’t ready.  Again, therefore healing is a personal journey. I could want a person to be over it all day but if they aren’t willing so therefore you can do nothing but be a wealth of support. Getting over something isn’t about not remembering the pain. It’s about moving different while in pain or as you heal.

So how do you get over things? For me and I preface that this is for me and that was therapy. I needed an outside help to listen and let me know hey that thought you were thinking maybe there is another way of hearing it. When we are upset with a person  everything,  they say will set us off. The pain could be real initially and then the hits after whether intentional or not will hit you different when you already ready to knock a person out. Having another set of ears has always been helpful. Sometimes when you talk to your friends or loved ones, they are coming from the aid of avenging you and not always adapt to tell you in a loving way that you are wrong especially when you don’t want to hear it. 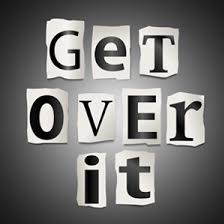 Getting over or simply forgiving someone is for you. We hear that and we think there is no way but to release someone from a  wrongdoing even when there will NEVER be an apology is the type of release that hurts but brings in the best type of love and peace. I know for a fact that the blessings I received is tied to releasing  pain and frustration. I know it. I see it. I am grateful for it. Releasing people with the peace that they wouldn’t have given you just hits a different level of blessing your way. I don’t want anyone to have that power of pain and anger in my life. I don’t want someone to pass and still hold onto me from their grave. I don’t want that type of control in my life so I would rather release them, and the pain caused from whatever rift. Again, for me to be in this place took a lot of work. I still must constantly do the work. You can release people and still must reapply the same principle in your life repeatedly. It’s not a one-time fix. You must remind yourself of this way of thinking and it may take some time, healing isn’t linear.

Trauma is hard to unmask. Sometimes our issues are because current things mimic trauma we haven’t uncovered. I listen to myself when I speak. If I hear myself getting worked up or yelling often times there’s something bigger attached. Trauma is like attempting to move in the world as if all is great with a mask that no one but you even knows is on. People are dealing with your trauma with no warning. It’s up to you to sift through the trauma even if the trauma was caused by someone else. We can’t help the cards that we are dealt with but we can control our response and the healing of making us a better individual in the long run. You have to do be willing to do the work!

So yes today is National Get over it day! If you are in the place to do so control the narrative on what you can! Also know you can move as if you got an apology you may never see-release folks. Get outside help for yourself if you need it. I remember my therapist saying as I suggested that I wasn’t the only one who needed it and she said you’re right but why wait until the other party gets to where you are! I knew from that moment that I can’t control others but I could control myself and my own healing. May your Monday be one that is great and better than your yesterday! Make today a good day on purpose!

I'm a married 37 year old woman with 3 beautiful children trying to help others out of the same ruts we all go through. Join me in the conversation! View all posts by toirenee

This site uses Akismet to reduce spam. Learn how your comment data is processed.

A little about beauty and a lot about life.